Twenty-four years ago, I was beginning my career in environmental consulting in a role that was part restoration scientist and part landscape foreman. One of the first jobs I worked on was a large wetland mitigation site in Montgomery County, Maryland. The wetland consisted of three cells, each excavated to different elevations to connect to a range of hydrology from the groundwater and a small nearby tributary. One very hot July day, my coworker Dave and I were planting trees, shrubs, and herbaceous plugs in the middle cell. I remember the temperature was near 100 degrees and the wetland had approximately six inches of water across the cell. Our feet were cooking and the rest of our bodies weren’t very comfortable either.

Around 2 p.m., I walked by Dave and asked how he was doing. He was usually a quiet and polite guy; he worked hard, was very smart, and he was in good shape as he played in competitive adult lacrosse leagues during the summer. But on this day, his response to my cordial check-in was not what I expected. He became irate and cussed me out. His eyes were glazed over, and he moved lethargically. The behavior he exhibited was so incredibly atypical, and his appearance was off enough that I realized he was in trouble. In my calmest voice, I asked if he could help me with something by the truck. After several outbursts, he followed me, and I was able to talk him into drinking some water and sitting in the air conditioning. Within 30 to 45 minutes, he was back to normal, but his memories of the outbursts were blurry; he said it felt like he was dreaming. We ended the day and headed to the office once I knew I didn’t need to take him to the hospital.

Since that day, I have taken heat seriously. As a teenage boy/young man, you have a feeling of invincibility. Seeing Dave’s personality completely change and realizing he was in peril changed my perspective. In addition to sunburn and sun poisoning, extreme heat can cause heat cramps, heat exhaustion, heat stroke, and hyperthermia. Hydration, sunscreen, proper clothing, and frequent breaks are critical to staying safe.

The main cause of stress for fish in the higher temperatures is the reduction of dissolved oxygen. Trout need high concentrations of dissolved oxygen to maintain their metabolism and body functions. As water heats up, the molecules in the liquid move faster, pushing the lighter gases out of suspension and releasing them to the air. The depletion of oxygen can quickly become fatal to sensitive aquatic species like trout.

Yet, there are still opportunities to fish during the hotter summer days. Warmer water species such as bass, panfish, and carp are more tolerant of high temperatures and lower dissolved oxygen. They can be found in lakes and streams all over the country. They are fun to catch and are often easier to catch than trout. Allowing the trout to find the coldest areas of the stream and conserve their oxygen is the safest strategy to keep them safe.

But what if you still want to fish for trout in the summer? You’ll want to do it responsibly, and this starts with bringing a thermometer with you to the stream so you can monitor the temperature in each location you want to fish. Following the Hoot Owl advice, you should fish very early in the morning or very late in the evening at times when the water temperature is lowest. Areas of the stream where groundwater or flow from smaller tributaries enters are typically colder, so look for those seeps and small stream confluences. It’s also important to limit the pressure put on the fish by using heavier tippets and stronger rods. By pulling the fish in quickly, you can release them before they get overly stressed. Lastly, when a fish is landed, keep it in the water as much as possible. Exposing fish to the air is the equivalent of holding a human underwater. It’s stressful, and they can’t breathe. If you’re looking for more information and resources on fishing responsibly in the summer heat, programs like Keep Fish Wet are great programs that help educate anglers on the best ways to handle fish.

Heat waves and droughts are particularly stressful on fish populations. This year’s drought and severe heat conditions in the Sacramento River are threatening the juvenile endangered chinook salmon and causing large fish kill events. Brown trout populations in southwest Montana have been in decline for the last several years, which many feel is attributed to drought and heat conditions. Changes to our landscape that promote water withdrawals, increased impervious surfaces, deforestation, and riparian area loss all contribute to increased water temperatures. We can all help by conserving water and energy, planting native trees and shrubs, and advocating for smart development and regulations that promote and protect clean, cool water.

Heat can be fun when you’re taking a dip in the ocean or pool, but it can be dangerous to humans and to fish. Be careful and look for ways to keep yourself and the fish cool!

Hi! I’ll be frequently posting my thoughts and observations through my blog posts!

Please send me an email if you want to receive updates when I post new blogs to the site. Thanks for reading! 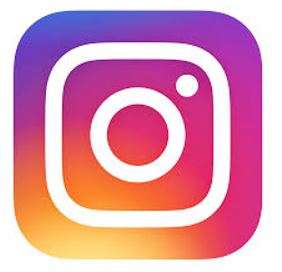